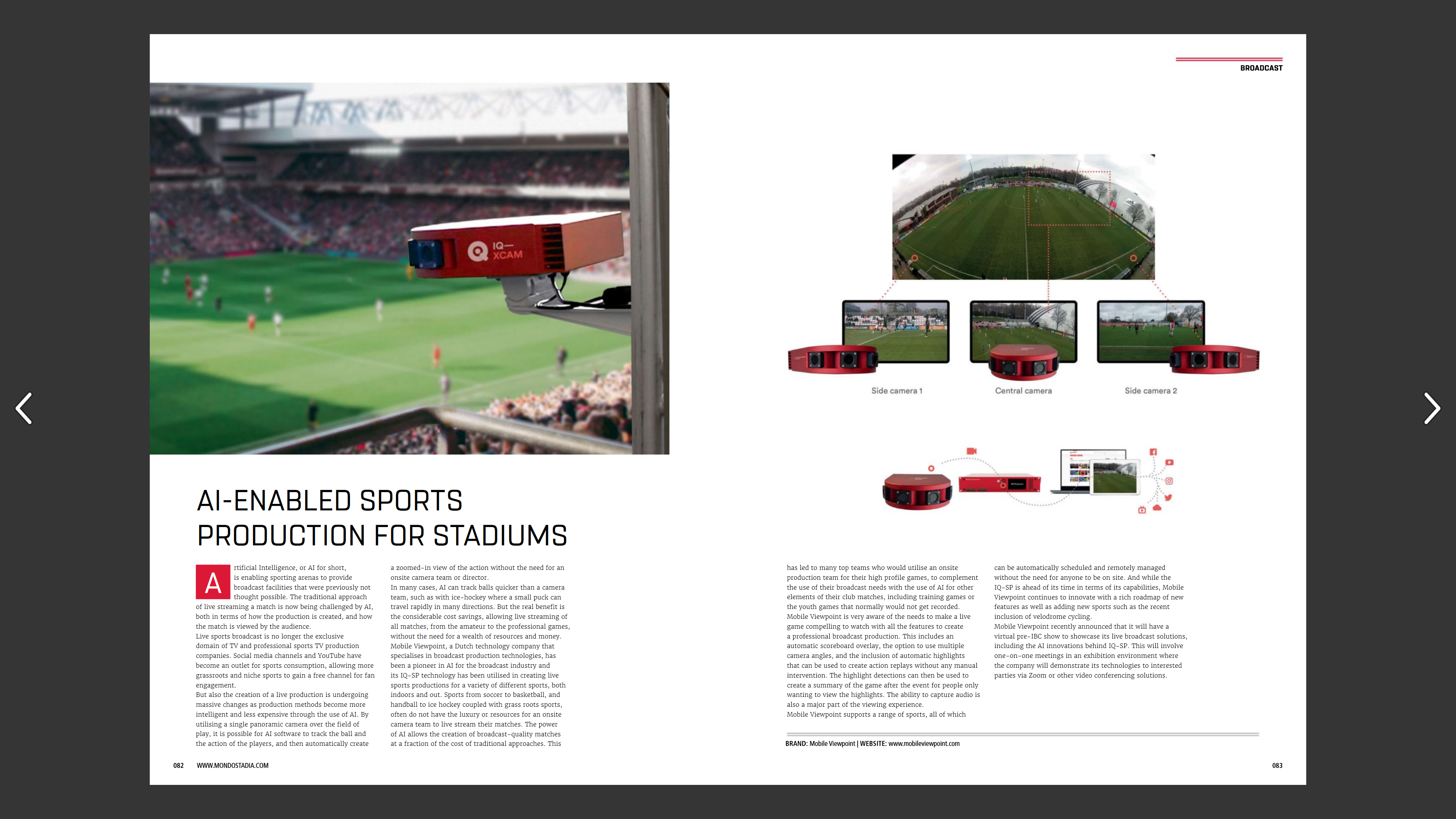 Artificial Intelligence, or AI for short, is enabling sporting arenas to provide broadcast facilities that was previously not thought possible. The traditional approach of live streaming a match is now being challenged by AI in both terms of how the production is created, and how the match is viewed by the audience.

Live sports broadcast is no longer the exclusive domain of TV and professional sports TV production companies. Social media channels and YouTube have become an outlet for sports consumption allowing more grassroots and niche sports to gain a free channel for fan engagement.

But also how a live production is created is undergoing massive changes as production methods become more intelligent and less expensive through the use of AI. By utilizing a single panoramic camera over the field of play, it is possible for AI software to track the ball and the action of the players, and then automatically create a zoomed in view of the action without the need of an onsite camera team or director.

In many cases AI can track balls quicker than a camera team, such as with ice-hockey where a small puck can travel rapidly in many directions. But the real benefit is the considerable costs savings allowing live streaming of all matches, from the amateur to the professional games, without the need for a wealth of resource and money.

Mobile Viewpoint, a Dutch technology company who specialize in broadcast production technologies, has been a pioneer in AI for the broadcast industry and their IQ-SP technology has been utilized in creating live sports productions for a variety of different sports both indoors and out.  Sports from soccer to basketball, and handball to ice hockey coupled with grass root sports often do not have the luxury or resource for an onsite camera team to live stream their matches.. The power of AI allows the creation of broadcast quality matches at a fraction of the cost of traditional approaches. This has led to many top teams who would utilize a an onsite production team for their high profile games, to complement the use of their broadcast needs with the use of AI for other elements of their club matches such as training games or the youth games that normally would not get recorded.

Mobile Viewpoint is very aware of the needs to make a live game compelling to watch with all the features to create a professional broadcast production. This includes an automatic score board overlay, the option to use multiple camera angles, and the inclusion of automatic highlights that can be used to create action replays without any manual intervention. The highlight detections can then be used to create a summary of the game after the event for people only wanting to view the highlights. The ability to capture audio is also a major part of the viewing experience.

Mobile Viewpoint supports a range of sports, all of which can be automatically scheduled and remotely managed without the need of anyone going to site. And while the IQ-SP is ahead of its time in terms of its capabilities, Mobile Viewpoint continue to innovate with a rich roadmap of new features as well as adding new sports such as the recent inclusion of velodrome cycling. Mobile Viewpoint have recently announced that they will be having a virtual pre-IBC show to show case their live broadcast solutions including the AI innovations behind IQ-SP. This will involve one-on-one meetings in an exhibition environment where they will be demonstrating their technologies to interested parties via zoom or other video conferencing solutions.

If you wish to book a meeting then they would be pleased if you can contact them via their website at https://www.vislink.com/ 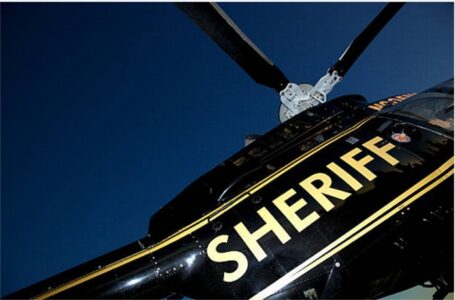